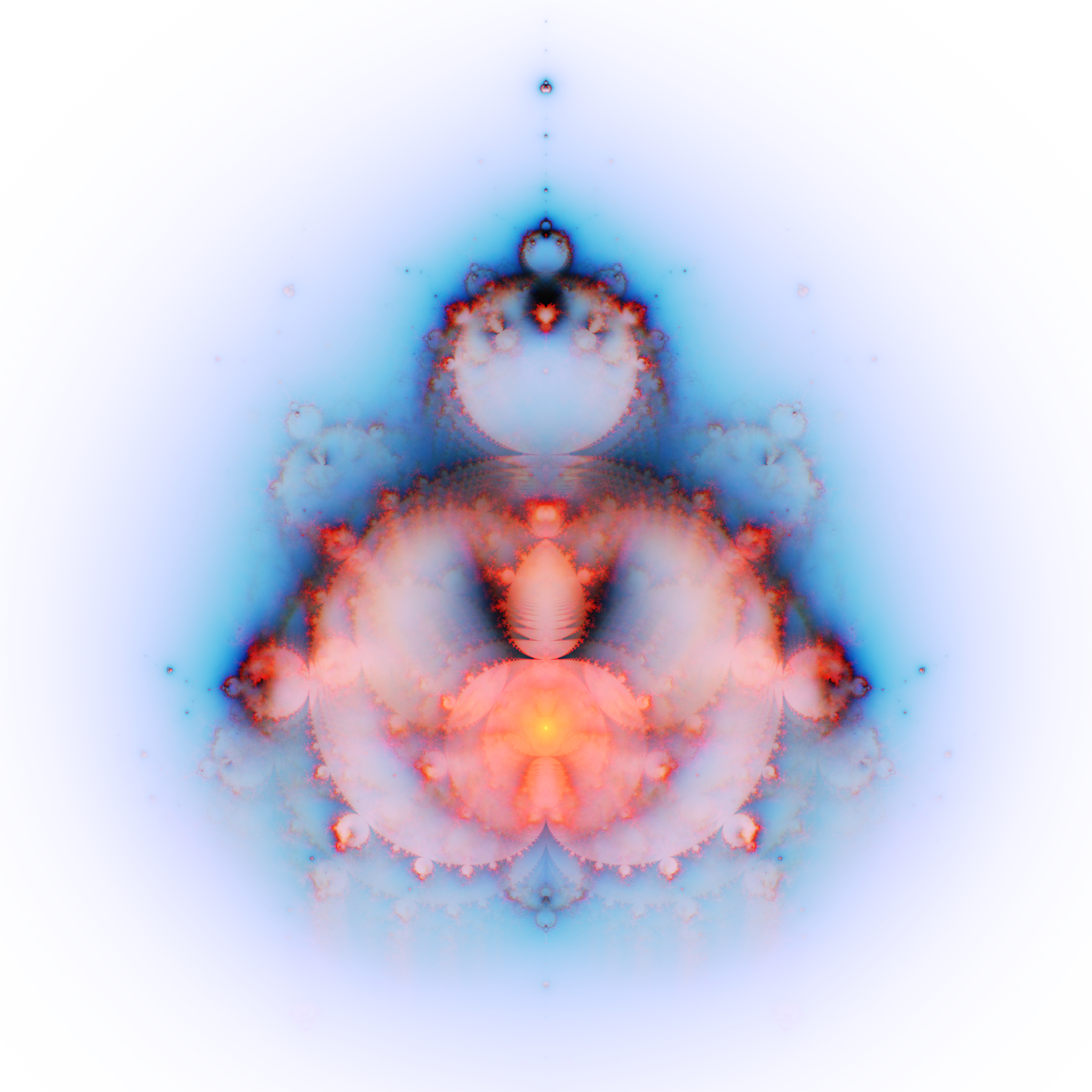 An inverted Buddhabrot rendering where the computed channels are additionally applied in reversed order. As with the other Buddhabrot artworks the rendering uses 90% of the dynamic range per pixel at 16 bit at a total resolution of 25000x25000 (625 Megapixels).

The Buddhabrot is the probability distribution over the trajectories of points that escape the Mandelbrot fractal. Its name reflects its pareidolic resemblance to classical depictions of Gautama Buddha, seated in a meditation pose with a forehead mark (tikka), a traditional topknot (ushnisha) and ringlet hair.

The Buddhabrot rendering technique was discovered by Melinda Green, who later described it in a 1993 Usenet post to sci.fractals.

Just in order to visualise the achieved level of detail here’s a simple example crop (2400x2400 as well): 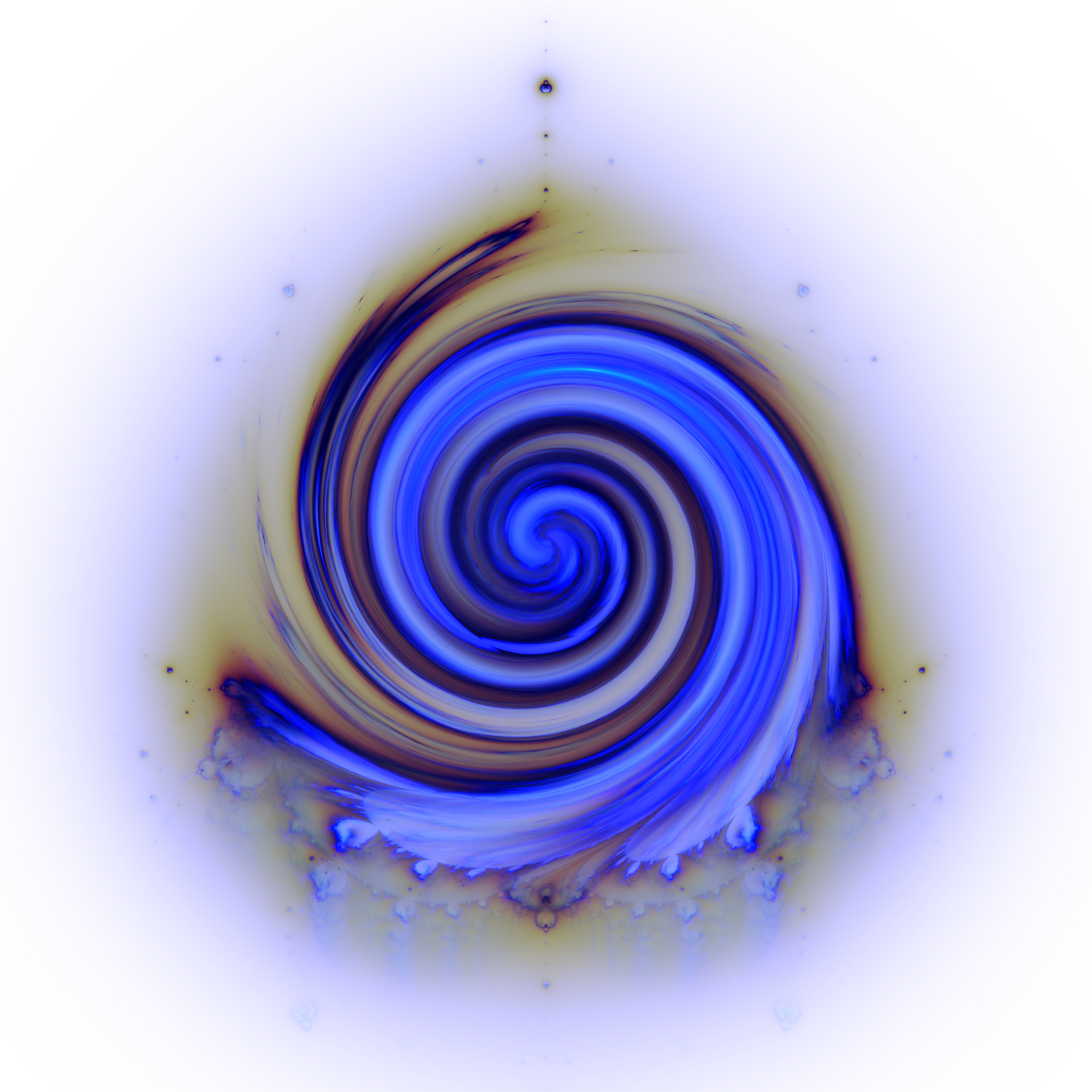 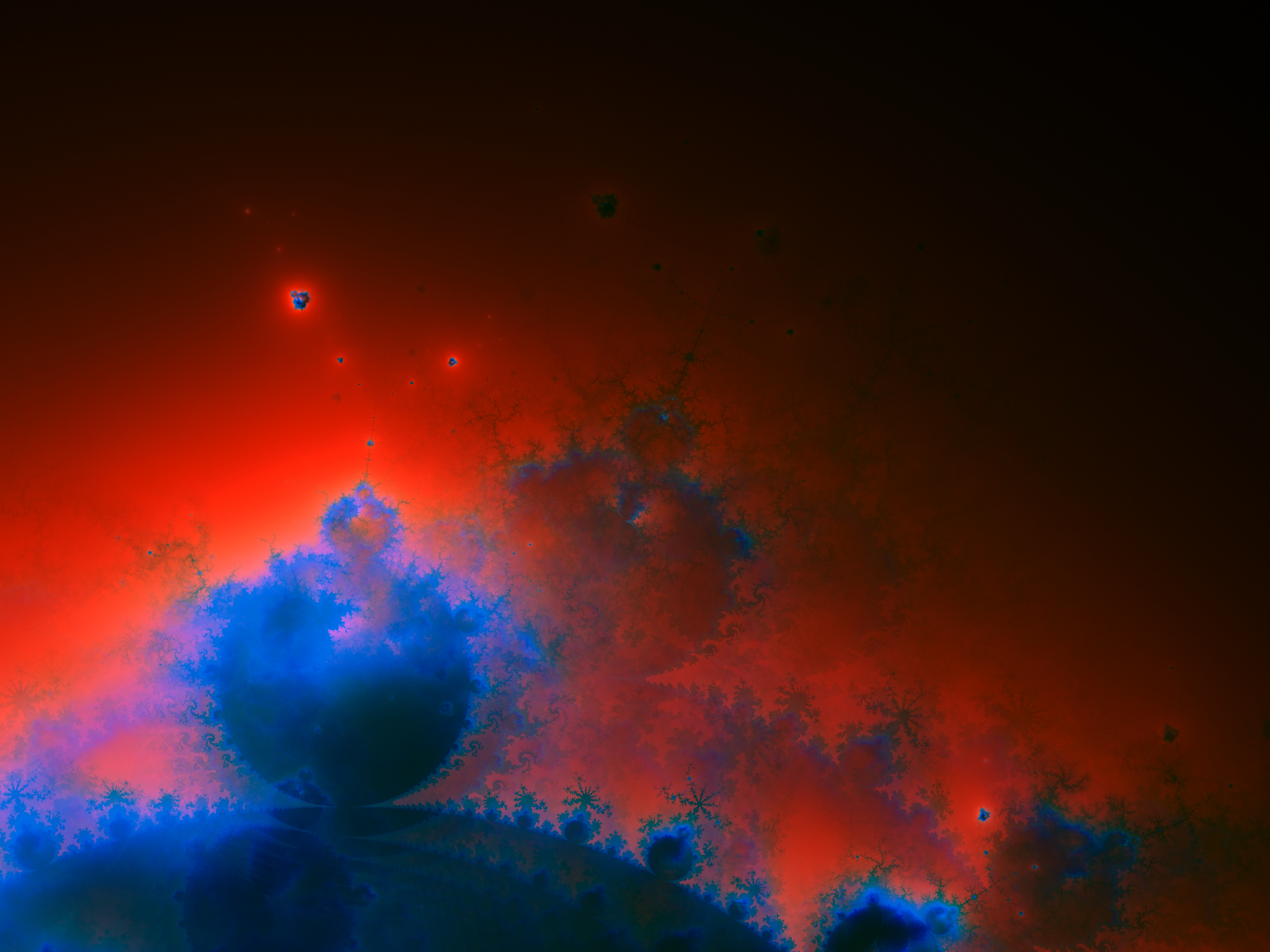 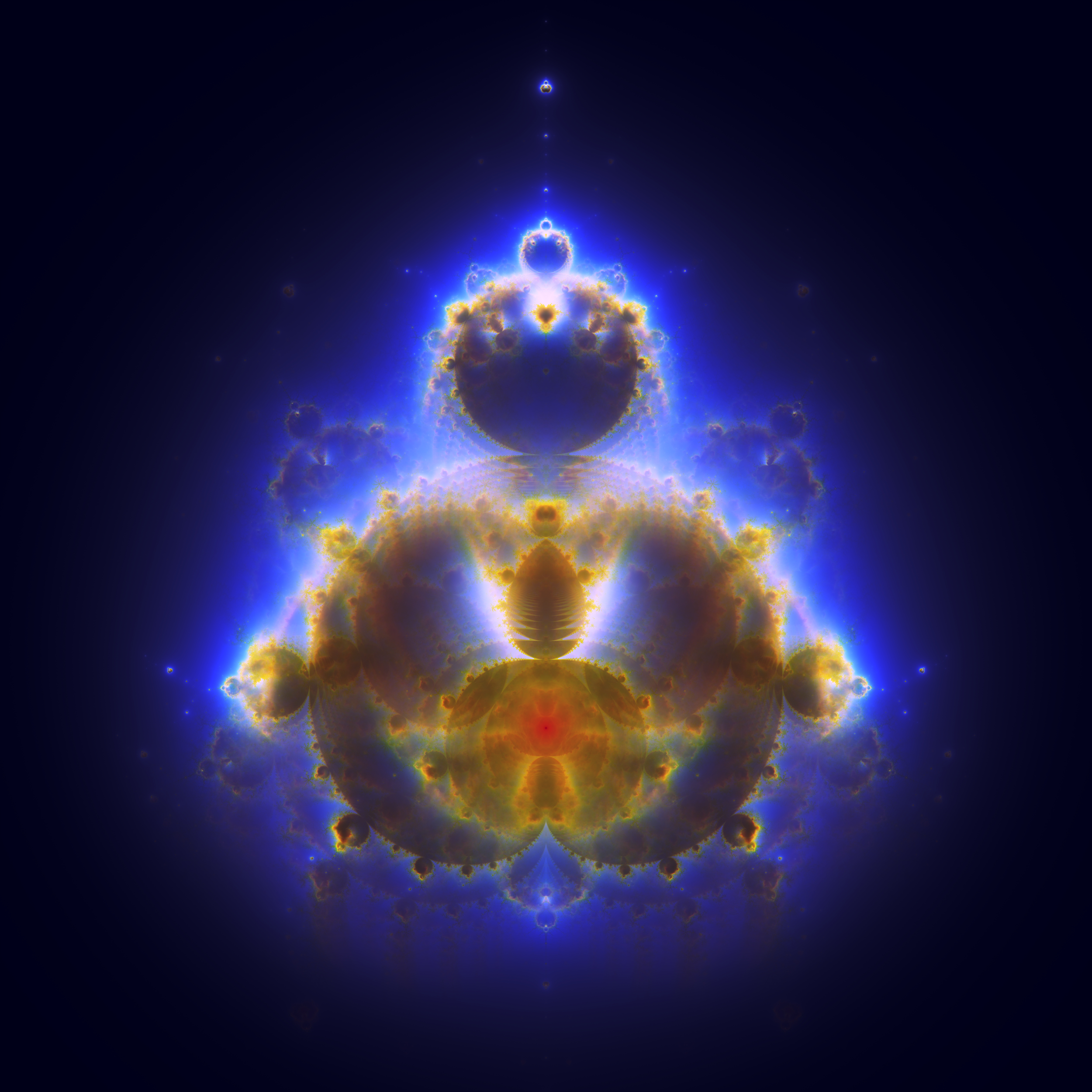 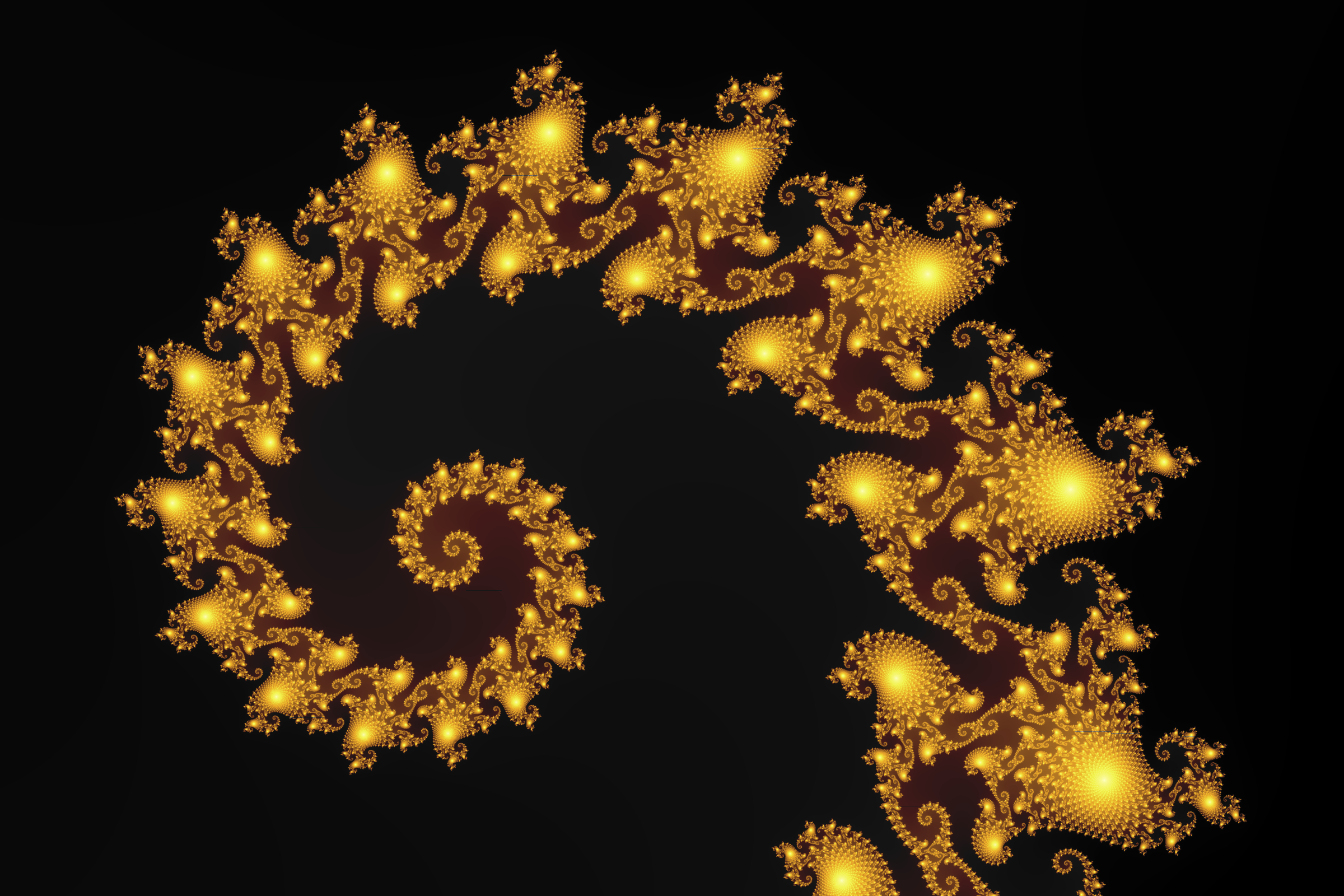 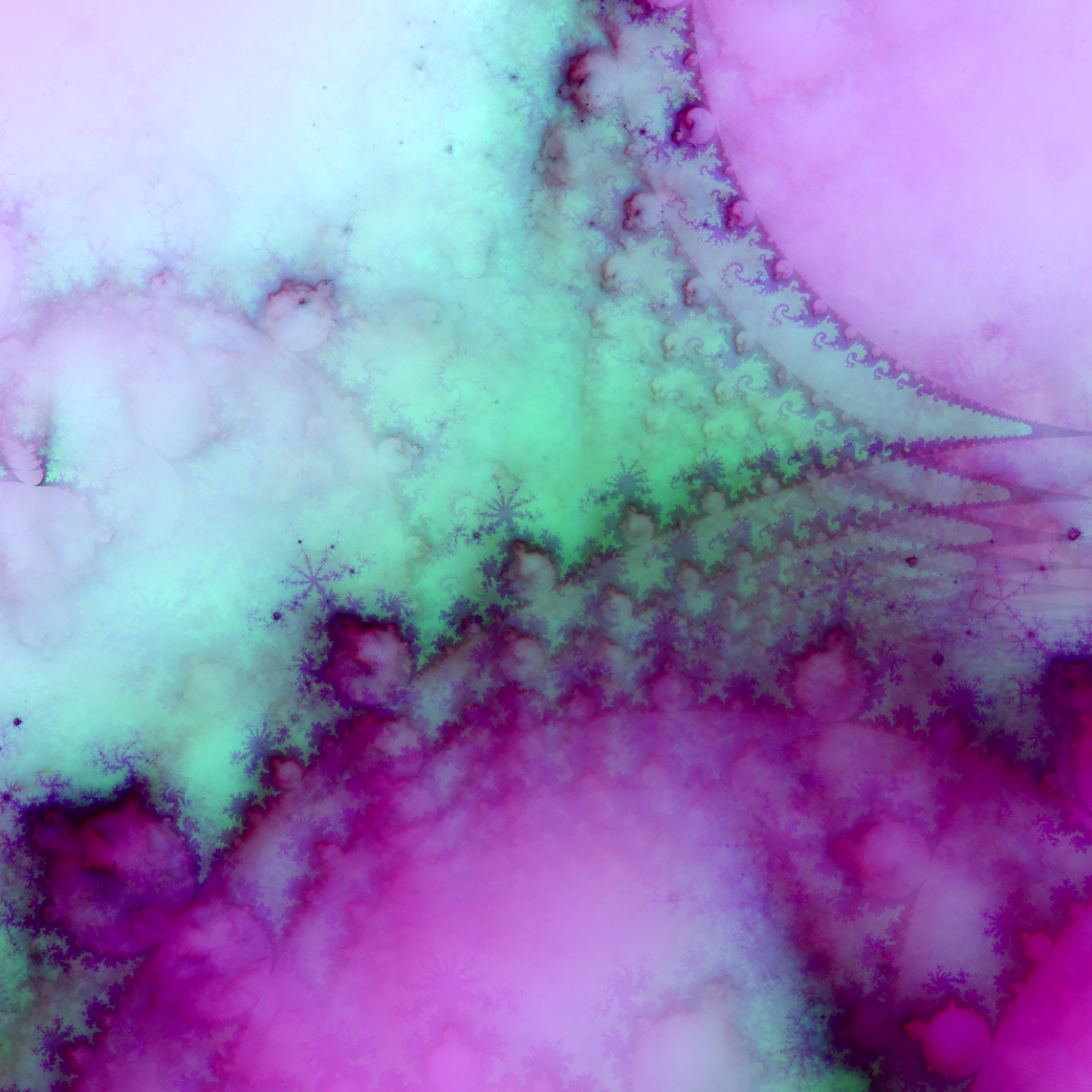 This site presents my digital artwork exploring the famous Mandelbrot set, photography and other topics. Specially crafted own software reveals the inner self-sufficient beauty of chaos leaving any unnecessary distractions behind.